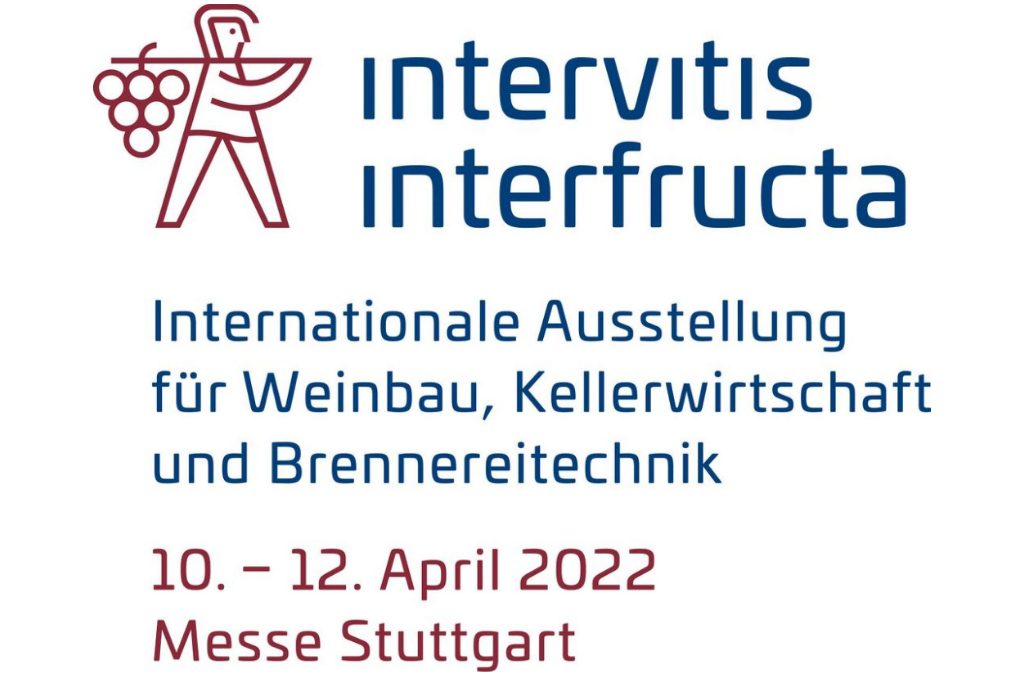 INTERVITIS INTERFRUCTA, the international exhibition for viticulture, wine cellars and distillery technology, has been postponed until April 2022. After intensive consultations, Messe Stuttgart and the German Winegrowers’ Association (DWV) have agreed to hold the event from 10 to 12 April 2022. With this decision, in which the Trade Fair Advisory Board was involved, the supporters of the event are reacting in particular to the change of course of those responsible for the Rheinhessische Agrartage (Rhine-Hessian Agricultural Days) that occurred at the end of last year. The planned restructuring of the trade fair landscape, with several events in spring 2022, has thus again been rearranged.

“We are still very interested in providing exhibitors and visitors with an ideal platform in an attractive trade fair environment. Also in future, we will build on cooperation and not on confrontation. With this reaction, we hope to give all those involved the opportunity to organise their events successfully and in a target-oriented manner, and to ensure an international sector highlight in Stuttgart every 3 years”, explains Sebastian Schmid, Department Director for Technology Trade Fairs at Messe Stuttgart. Rudolf Fischer, Managing Director of Scharfenberger GmbH & Co KG, adds: “This step is understandable. As Chairman of the Trade Fair Advisory Board, I especially wish to emphasise that, with the decision now made regarding the next INTERVITIS INTERFRUCTA, the interests of all involved have been brought together in the best possible way and the German and foreign participants will be given planning security as early as possible. In addition, the month of April offers interesting options for the use of the outside areas.”

INTERVITIS INTERFRUCTA deals with the topics along the process chain from cultivation and harvesting, processing and bottling, to marketing. It is the showcase for current trends and a central sector meeting point of national and international importance. INTERVITIS INTERFRUCTA has gained international significance above all through the parallel International Congress of the German Winegrowers’ Association, which, in addition to production on a practical level, also includes research and politics.

This point is underlined by DWV President Klaus Schneider: “Current technical developments in winegrowing are of great significance, both nationally and internationally. German winegrowing must assert its importance on international markets both in Europe and worldwide. But we must also think outside the box and obtain information on current developments in the world of winegrowing. INTERVITIS INTERFRUCTA, which now takes place at three-year intervals, will provide the next opportunity for doing so in April 2022. It provides the opportunity for an exchange of ideas and opinions with colleagues from the German regions and other countries in order to find out the latest news from science and research. This exchange of ideas with experts on a scientific and political level at the International Congress of the German Winegrowers’ Association has for many years been appreciated by institutions around the world. For us, the date in April ensures that we have planning certainty for the Congress of the German Winegrowers’ Association, which is very important.”

Messe Stuttgart, under the management of Roland Bleinroth, CEO of Messe Stuttgart, supports this to the full. “Stuttgart has proven itself as the event location for the German leading trade fair on the international market. Together with the DWV, we are a competent team that can draw on a tight distribution network in Europe and worldwide. He continues: “For Messe Stuttgart, INTERVITIS INTERFRUCTA is a prestige event. We will do everything to maintain the successful format.”

Christian Schwörer, DWV General Secretary, adds: “With Messe Stuttgart, we have a partner who supports us competently and reacts flexibly to all market situations. This is not a matter of course, and we greatly appreciate it. This flexibility recently met with a very positive reception at the Trade Fair Advisory Board meeting. The readjustment is the best evidence of this.” For Schwörer, the new date is also an advantage for the scheduling of the congress.

During a Trade Fair Advisory Board meeting in October 2019, the concept and accompanying programme were further developed together with the manufacturers. These points will be implemented in detail by the project team up to April 2022 and attractive content will be added. The exchange of ideas with the sector and the organisers of other winegrower meetings and agricultural exhibitions will continue. Schmid is certain: “On international markets, INTERVITIS INTERFRUCTA is highly respected. In autumn 2019, we participated at various European sector events and were already able to get firm commitments for an INTERVITIS INTERFRUCTA in 2022. There are concrete plans for international delegations and arrangements for event dates. We are seeking a trusting relationship with our market partners in the German trade fair market. Strategies for a network of the winegrowing regions within the framework of the International Congress of the German Winegrowers’ Association will ensure our success.”